Winter is a season we love and hate. When you step outside and are immediately cold and wet, you curse it, and the wind it rode in on. Yet an afternoon crowded with sombre clouds dropping fluffy snow, a night of sparkling hoarfrost casting rainbows in the moonlight, or a frozen, shining morning filled with the tentative calls of waking birds, make it all worth the unpleasantness. Even a frothing, blustery storm can be relished. I work outside every day, so I know what I’m talking about. 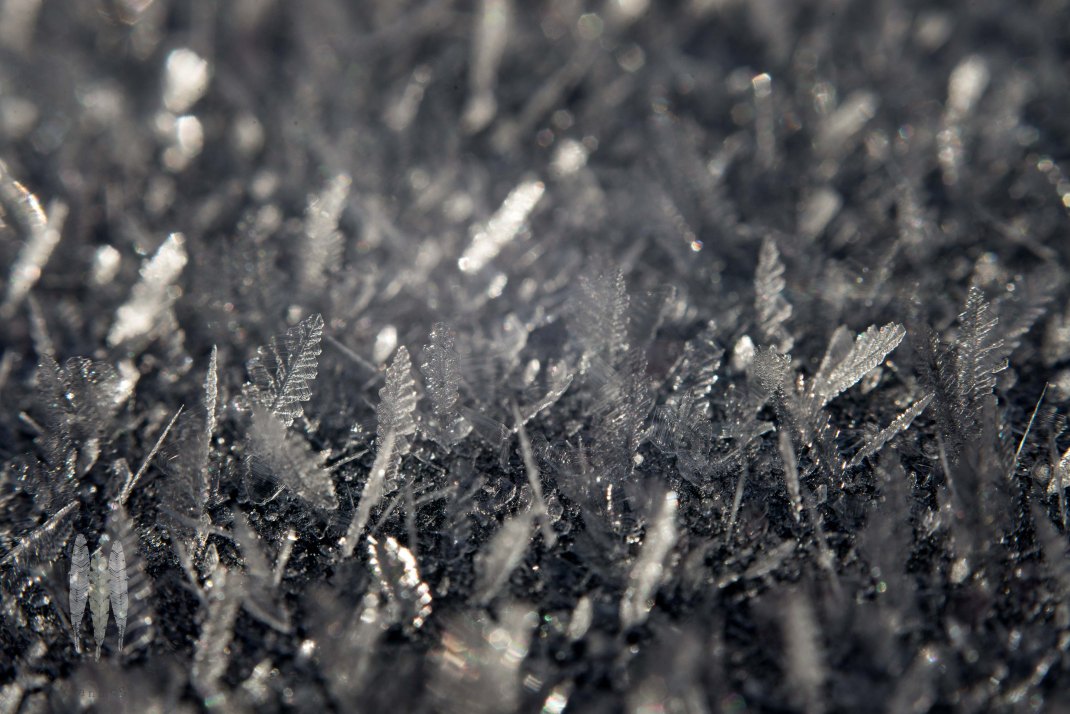 Just when a season passes, I feel like I’ve missed it. I realize that as I write this, and you read it, we are about a third of the way through spring. I don’t work that fast and I take time to decompress and analyze. Nature moves fast certainly, but we could all use some slowing down these days. I’m present, so I can write about it later.

What do you think of when you think of winter? I know many people who think of mountains and snow. I think more of gray days, wintering waterfowl, and sparrows hunched in thickets of blackberries. In a chance moment as I walk down the street in Seattle, I hear the chip note that promises to me a hint of golden yellow, as a Yellow-rumped Warbler passes through the trees overhead. I sit with the ceaseless discussions of Snow Geese in dormant fields, looking up to see Trumpeter Swans flying by on a frigid January day in the Skagit Valley. I pay attention to the brown birds skulking in the bushes, because what I might assume at first glance is a Song Sparrow might actually be a Hermit Thrush. 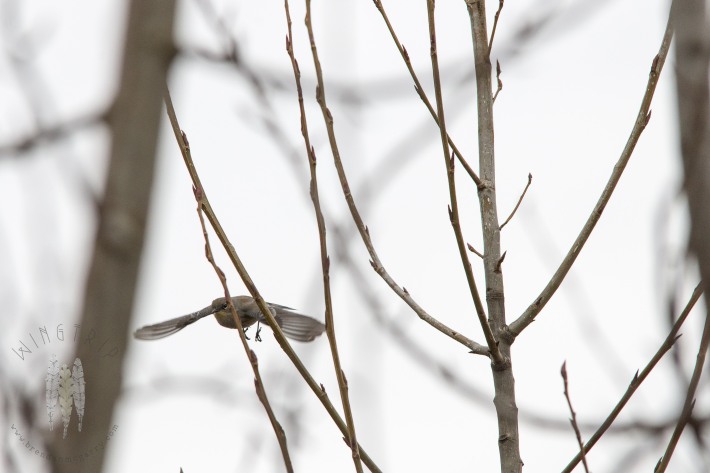 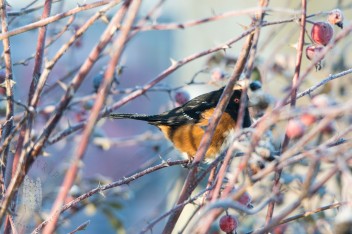 A Spotted Towhee eyes be through roses on a frigid January morning. 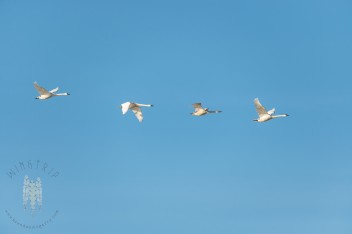 Trumpeter Swans flying by in the Skagit Valley. 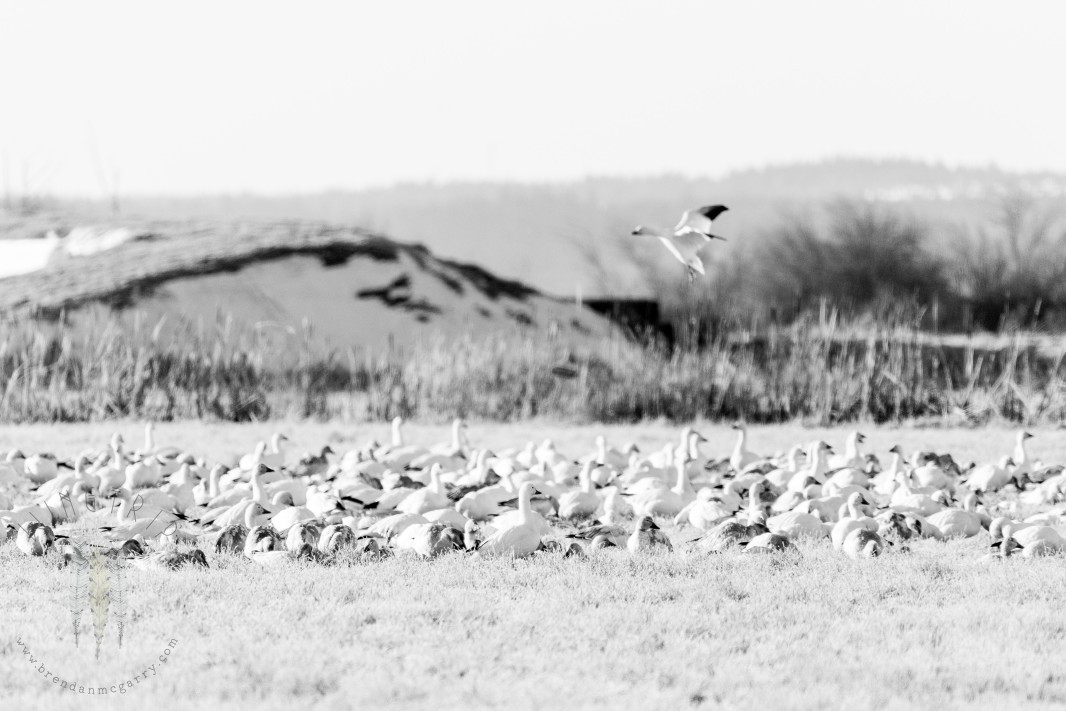 Snow Geese congregating in a field in the Skagit Valley.

Sometimes I catch myself in the ignorant notion that it would be easier if the world ended and I could go feral. Not the world itself, just the human world. In this little dream, I am able to run off into the forest and subsist. I like to think I would do reasonably well, which is absurd because without my modern gadgetry, I would probably starve, freeze, and defecate myself to death; not necessarily in that order (not to mention witnessing the horrors of the post-apocalyptic world). I’m tough, but not as tough as I like to think.

When I drive around Seattle, I see a lot of homeless encampments. I have these bizarre thoughts about how I would set up my camp, how it would be better, and then immediately feel ashamed. I know these people don’t want to be living in the cold, polluted cesspits that our society has somehow cornered them in. And then I feel even more ashamed because I know my way of life isn’t sustainable for the planet. That while I sit inside warm and dry, not only are there destitute members of my species outside in the muck, there are wild animals and plants that have to deal with this every day. By living my life, as I do, I’m making it even harder. A simple Song Sparrow or bigleaf maple endures so much more than we give them credit for.

When I go out birding or into nature at any time of year, I always try to be sensitive of my impact. Winter is when I take this particularly to heart, (evidenced by my scolding my girlfriend for paddling into and scattering a flock of ducks during January on Lake Washington). When I’m cold or wet, but in the elements for recreation, I imagine myself in the place of one of the birds I’m watching. While I may catch hungry songbirds at daybreak, so concerned with not freezing to death that they will let me approach them, I try not to take advantage of their hunger. A little bit of me wants to anyway, to somehow demonstrate that not all humans are inherently awful, but that is a wasted effort at best. So I keep my distance and I try to just watch. When I get cold, I can go back to my warm conveyance, and eat some food, put on another layer, or just leave. They don’t have that option, they have to be out everyday. I don’t necessarily think we have it better in the long term either. 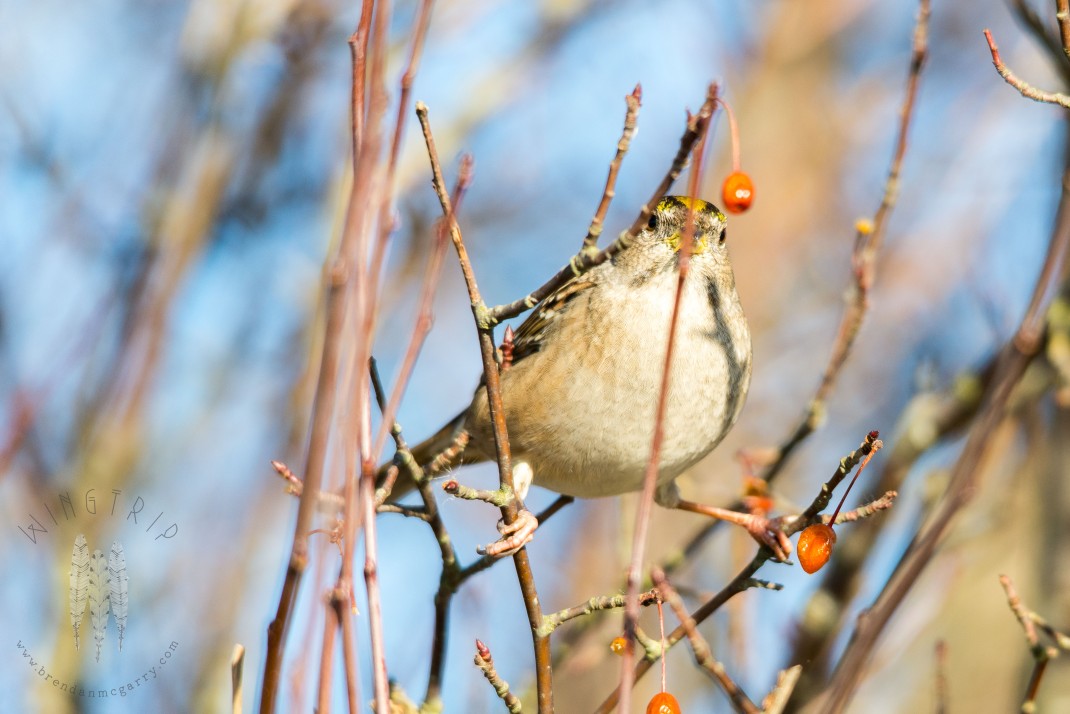 A Golden-crowned Sparrow eyeing a morsel.

Birders don’t watch enough. They count. They scan. They eBird. They observe details in plumage, or look for a standout in the crowd. Everyone is in such a hurry. I do it too. But because I get out less frequently than I want these days, I remind myself to slow down and pay attention. And get off my phone.

Funnily enough, carrying a camera slows my pace. The light catches my eye and I stop. I hear a bird I’d like to photograph and pause for an opportunity. I come across some obliging models, going about their day, unconcerned with the odd person making a clicking noise. As with writing, I become more patient, because unlike when I say, participate in a big day of birding, what matters isn’t the numbers but the moments I can capture with word and image. The cold makes it harder to slow down, but I do it nonetheless. Winter color in the willow tops.

Winter is over. No matter how hard I try to make it, it won’t be back for several more months. Maybe I’ll remember to enjoy it then. Outside my apartment I can hear an American Robin. It’s incessant flutings driving home the point that Spring is here. 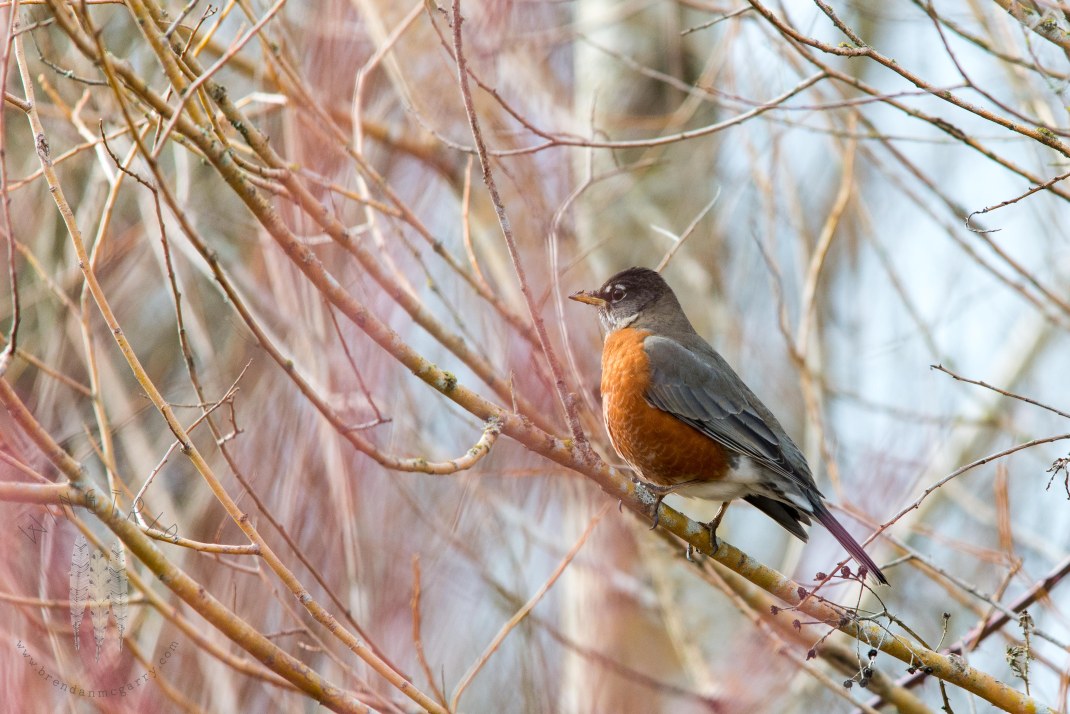 He won’t be quiet, but that’s ok, testosterone is driving him insane.

During work the past couple weeks I’ve seen the signs. Two male Downy Woodpeckers chasing each-other in a vine maple, so incensed I could almost reach out and touch them. Yellow-rumped Warblers, still around from the winter, but now occasionally murmuring tidbits of song, and molting into the yellows and blacks that define breeding plumage. A hen Cooper’s Hawk flying circles overhead, fluffing her under-tail coverts, and calling that unsettling cackling of accipiters; a sure sign of a nearby breeding territory. Familiar birds always tell me much about the world’s seasonal momentum, regardless of the actual date. Nothing says winter is over more than the greenbelts of Seattle, flowing from the reddish brown new leaves of black cottonwoods to the chartreuse and true yellow of flowering bigleaf maples. 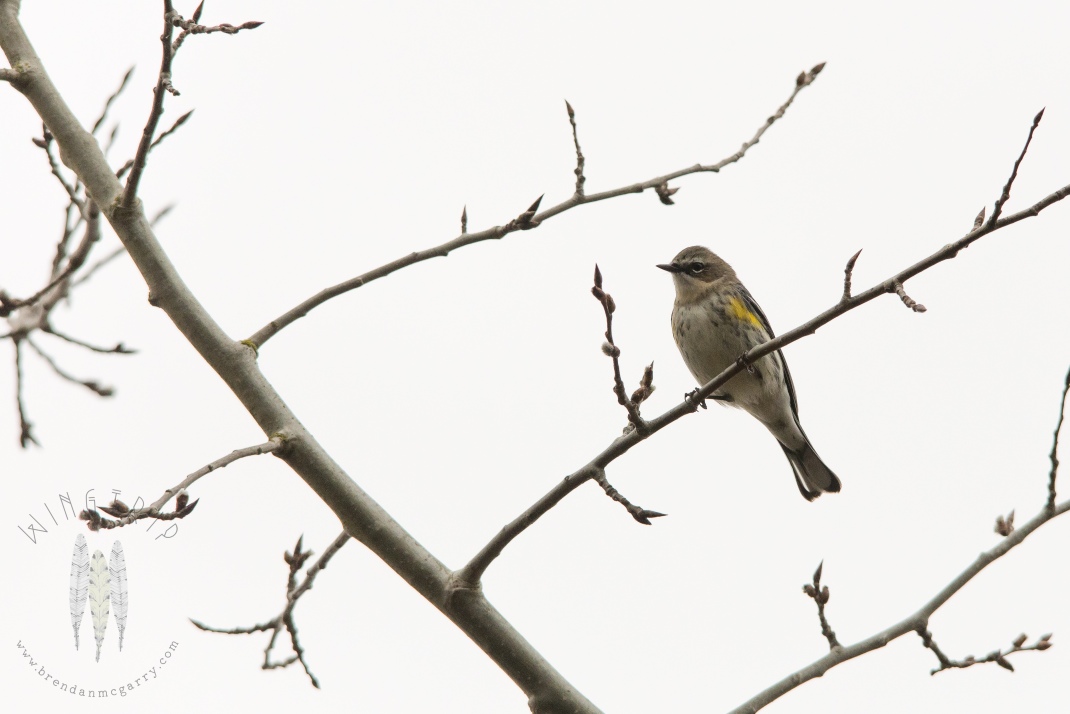 Of course, it’s still wet, but the damp no longer creeps into my bones. I hate being hot and dread summer’s swelter. Maybe all seasons bring on feeling of love and hate? Either way, I miss them when they’re gone. These days, I just hope we’ll have winter again.