9/8 – Though it’s still warm, there are less insects around, which I’ll miss. I hardly mention them in these journals, because I know so little about them; possibly I don’t want to admit my ignorance even to myself. Really I have little to say about most.

Today I did spend an hour trying to photograph insects in the field in front of the house. Some of the insects were recognizable, like the lady beetles, but others were fully alien. I likely spent more time bothering them than I did getting decent pictures. Then again, I bother them just as much when I waltz through for some purposeful human pursuit or to burrow into the aroma of dry grass and watch the seed-heads tilt across blue sky. 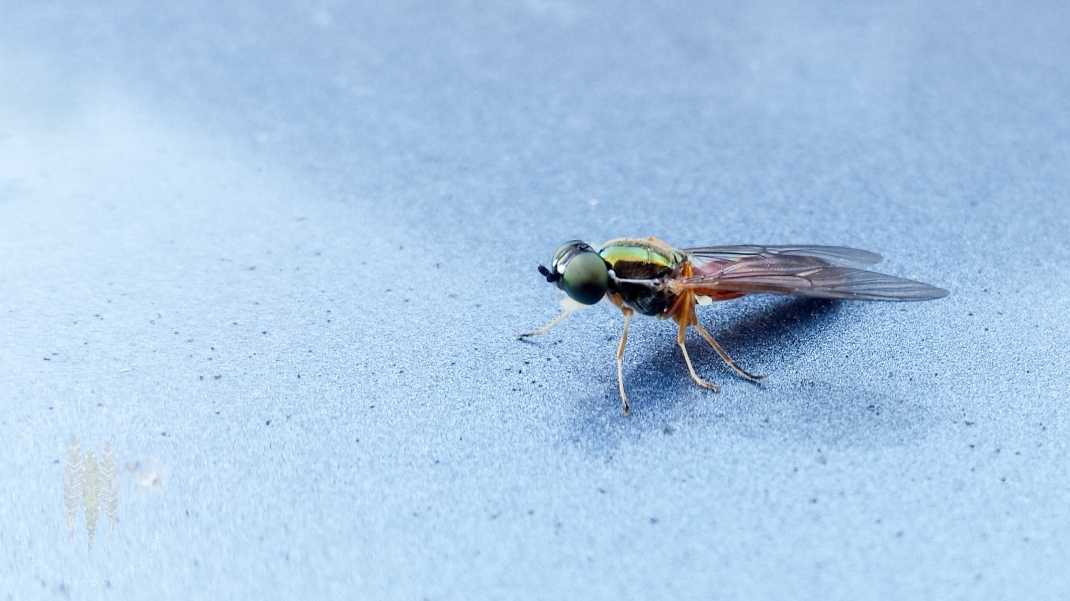 Resting in the grass there are hundreds of dragonflies above me. I know none of their names. They must love it here, with tadpole stocks ponds for their nymphs and quarry filled air for adults. Watching them cruise about brings me in total awe of their abilities, such concise acrobatics, some of the most efficient predators around. They almost never miss. Yet all the while they sport shimmering carapaces of emerald and azure, making no guises.

Giant Odonates in eons past? Sure, I’d like to see them, but overall I wouldn’t want them contemplating a flick of my finger as a tasty morsel.

I have two dragonfly guides. Maybe I should actually open them. I think of this at the end of summer.

Another invertebrate from my summer in the San Juans. Again, I haven’t the slightest to it’s identity.

9/12 – I went out on our whale watching boat, the Sea Lion yesterday. Everyone on the boat was excited about the transient Killer Whales, the T65 group, which we followed North into the Gulf Islands of British Columbia. That was the point of the trip. However, I was far more excited about the quick glimpses of several bulky little Dahl’s Porpoise we left behind in boundary pass. We had to chase the transients. 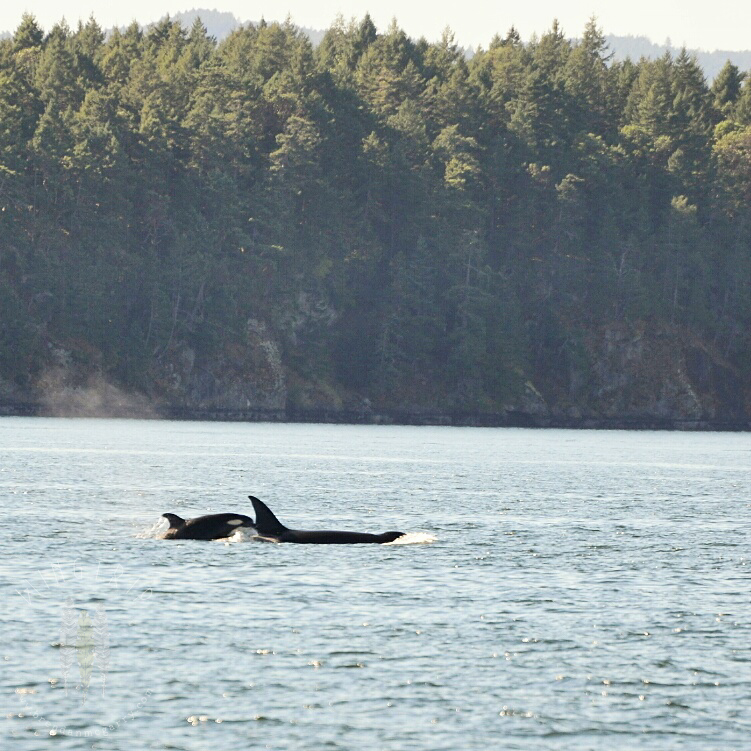 9/30 – In the last few days I’ve seen tons of bird life, probably a direct result of being able to slow down and relax a bit.

On a 5 hour kayak around Henry Island, there were hundreds of Common Murre fishing (I saw my first about 10 days ago). Young were in tow, calling for food from their fathers, almost superfluous to our boats. We drifted south through their numbers in the ebb. Off Kellet Bluff the fog moved in and all we could see were the bobbing murres and hear their echoes through the silence of a fall day. Marbled Murrelets are becoming even more common and I saw my first Western Grebes of the season. I wondered as we paddled past if the grebes were flightless yet.

My first Greater White-fronted Geese flew by in formation over Shaw on 9/26 while setting up for my friends’ wedding at the community center. Pacific Madrone (Arbutus menziesii) and the fall sky of the San Juans.

Ferry rides now include many alcids, loons, scoters, and gulls. The Pacific Loons are still in their breeding plumage, a wonderful vibrating sheen of gray tones. At times in bright light they look mostly white, only to turn another direction and shift into graphite. I tried desperately to get close to one in my boat, but they’re too fast and wary; I stopped harassing it after a few (too many) attempts. Most birds care far less. I imagined that this bird had experienced a person in a kayak. Stalked in some far Northern locale while it tried to go about the day, constantly strafed by a bright yellow or red apparition and the hammering of a shutter.

Bonaparte’s gulls are possibly my favorite gull and I found myself entranced by their floating flight on the North side of Pearl Island during another trip. Dozens were winging about over the calm water, dropping to gracefully glean a morsel from the surface and in the same moment bouncing up into the air again. They’re everywhere now, a few still have a glaze of black feathers about their heads from the summer in the North. No one on my trips yet appreciate that this gull that weighs a little more than a baseball migrates from as far away as Alaska.

10/6 – If I don’t stop here, I never will, because the seasons are endless. Now it feels like winter. At least the time when we mossybacks curl up; the time when the hardier birds endure the endless gray. I’ll enjoy my last moments on the porch and listen to the siskins whirling about the tree tops, their numbers seem to have irrupted again after last winter when any finch was a much rarer thing. The kinglets were always there tinkling away but now they’re in flocks with creepers and nuthatches. The frogs croak, still with warmth enough to bother talking. The shrubs and few deciduous trees are mostly yellowing and losing their leaves, this shedding will accelerate with coming rain and soon the conifers will receive winter pruning as the winds pick up.

There’s a true fall chill in the air and I won’t be in a kayak again for some time. I’m glad to have these notes from a season on the water and in the San Juans. In a couple days I’m headed to the mainland, not for good but for a break from the silence. I have a feeling I’ll be eager to return shortly after leaving.

Stretching fields of the mainland.