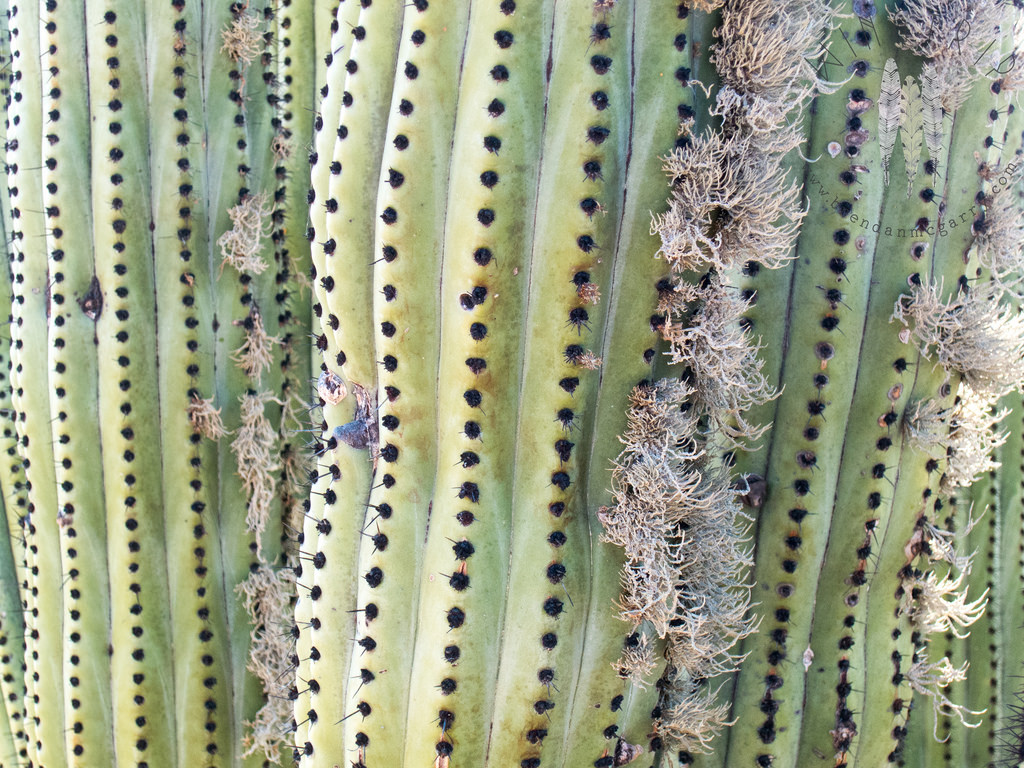 Ok, you can start reading again.

Plants and animals are inexorably bound. If you have even the vaguest interest in the natural world, you should claim fealty to Kingdom Plantae. Knowing this and loving plants, still doesn’t mean I’ll rescind the above statement.

Mamalaria cactus growing beneath one of the copious leguminous trees in the area. Many small cacti thrive in the shelter because they don’t get trampled on or found my animals that eat them.

As an example, just because you appreciate that your stomach bacteria processes much of what you throw their way, doesn’t mean that you want to survey the bacterial makeup of your gut. Similarly, just because you know that plants largely define an environment, that plants can be stunningly beautiful and that plants are just as fascinating as say, birds, doesn’t mean you want to enjoy walking through a plot surveying them. Unfortunately for me, this is an essential aspect of many studies. Surveying plants demonstrates habitat, which further informs biological diversity. Despite my flippant comments, I owe much of my botanist abilities to surveys and ultimately I am glad to have experienced them.

Lots of lichen in the region. I know exactly zero about them. Not a lot of people know much more.

Surprisingly, I didn’t hear any complaining out of the Navopatia interns when it came time to do vegetation surveys. It was a hot afternoon on a plot several kilometers from camp and I kept waiting for some belly aching, but no nothing but jolliness. (These interns were unreal, I thought complaining about field work was part of the job.)

My formative vegetation surveys included scrambling through post forest fire ecosystems in the Northern Sierras. We measured the diameter of charred trunks, wading through the robust resurgence of spiky shrubs called chapparal whitethorn (Ceanothus leucodermis). Many afternoons were filled with punctured Carhartts and looking the part of a coal miner. Of course, if we’re comparing miseries, the interns at Navopatia were measuring giant cacti.

The middle of the day in the desert is uneasily still. A few Northern Mockingbirds chucks cut the murmurs of interns going about their work, but nothing else stirred but some gasps of wind. I was tagging along to get images of them “doing science,” a surprisingly difficult thing to capture interestingly in photos (unless the subjects are measuring giant carpet pythons or radio collaring snow leopards). Thankfully for those at work, there was no hugging of cacti to be done, despite how much I would have liked those photos.

Wyatt running a line through the scrub.

When assaying plant mass and density (rather recording species richness and diversity), you need some tools. You can’t possibly count every plant in a plot (for those who haven’t made the connection, the random plots where the area searches for birds happen, also get their paired plant data). So, you sample the population.

If you’ve been following along, you may have just thought, how in the world do you identify 800 some plant species, when most of your workforce are more ornithologist than botanist? The answer is that you don’t. Vegetation surveys that accompany bird surveys are designed to get a ecological snapshot of an area and typically look at plants shrub size and larger. Usually, this relives the need for a dichotomous key, because even if you are an idiot at plants, you can learn the predominant species with some coaching. Thankfully Sallie Herman of t he field station happens to be a crack botanist and trains the students every year.

This corner of the New World has had some serious botanical explorers. The most famous was Howard Scott Gentry, who ventured into the Sonoran wilderness fresh out of his undergraduate at UC Berkeley in 1933. Still in the golden days of natural history studies, he was able to make a living traipsing about from coast to peak collecting plants and sending them off to herbariums back in the states. Spending twenty years exploring, mostly in the Sierra Madre, he developed a good sense for the floral makeup of the region, learning much from time living with the various indigenous people in the region. His book Rio Mayo Plants of Sonora Chihuahua, which was later updated into Gentry’s Rio Mayo Plants is the tome after which further studies have been based.

Before Gentry died in 1993 at 89, he had become the foremost expert on the region’s Agaves and amongst other things while working for the USDA, was responsible for the introduction of seedless grapes to North America. His initial work in the region, would have looked different from the work of the Field Station, an important but primary collecting forays, but it had a similar goal. Understanding what species called which spaces home.

Armed with measuring tape to mark the survey area, a pole to measure height and girth, and a clipboard to record the data, the interns picked around the spikes helping reach this same goal. Sometimes there was no avoiding wedging between plants. A pitaya and chunari grown in a strangling embrace, having seeded right next to each-other, required gingerly nimble measurement. The life of a field biologist would be easier, but entirely more dull, if spacing was predictable and even. I happily sat to the side and snapped photos from safety. 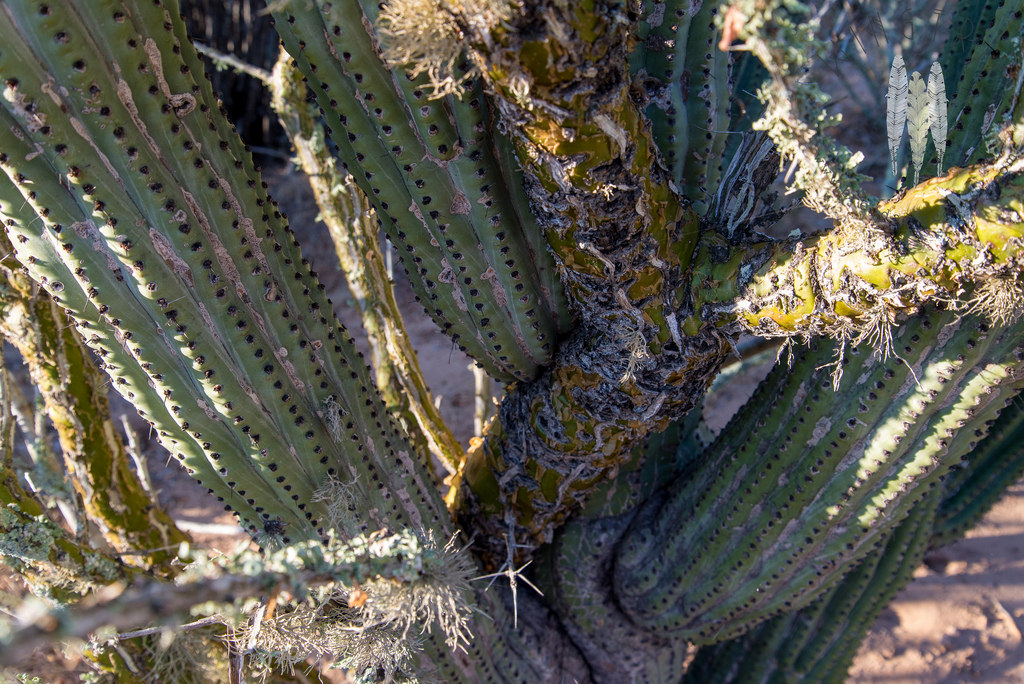 Pitaya and Chunari growing into eachother.

What I’ve always liked most about plant surveys (besides getting them over with), is the quiet, methodical time you spend while conducting them. Most land bird surveys are comparatively frantic affairs, racing against midday. As I’ve grown older, I’ve appreciated slowing down a bit, with time to contemplate, learn, and regurgitate irrationally flowery writing about the landscape. The operative part of all this is that in surveying vegetation, one has time to learn at a realistic pace.

Taking your time on vegetation surveys, you find things like this, a walking stick!