Thanks for visiting Wingtrip. This post is a part of a project called Visualizing the Pitayal. Click here for an explanation of the project. Click here for a complete listing of all the posts in the project so far, to start at the beginning. And if you are impressed by what you learn and see, consider supporting the Alamos Wildlands Alliance. Thanks again and enjoy!

Before I continue, show of hands, do you have any idea where Navopatia sits on a map? How about Sonora? Only a few of you?

As it turns out, most gringos don’t know much about the geography of our neighboring country to the South. Until I started taking interest in Mexico, I also couldn’t place many details on a map beyond major landmasses and a few key cities. Between the extreme self-centeredness of US citizenry and the media’s portrayal of violent Mexico, many don’t consider traveling beyond the bleakness of resort towns. I may be generalizing, but I cannot tell you how many vacant stares I’ve gotten in the past months when I tell people Navopatia is in Southern Sonora..

Why care about where a place is located? I think it’s integral to the story. Despite what globalism increasingly attempts to foist on us, when you pull your face away from the screen and eat a few fragments of food that didn’t come for halfway round the globe, you generally realize place is important. If you have any intention of understanding the world and doing justice to its profundities, take note of where you live and where you visit, both in terms of culture and ecology.

The people of Sonora themselves, until trains and then highways sliced through the land, were relatively isolated in a frontier world. The silver riches of Alamos made the region of Sonora well known, but the vast deserts, sinister mountains, and limiting international border to the North helped retain much of their unique qualities. The diminishing cultures of Sonora are not as evident today, indigenous people don’t stand out in the crowd, at least to a foreigner. Much has changed from when David Yetman first started visiting, as described in his book Sonora. The Mayo people of Navopatia are still there, but indigenous wealth and knowledge is faltering as land is cleared for shrimp, cows, and crops. Still, Sonorans are Sonorans partially because of their ecosystem, a simple truth which the globalized world often wishes to sidestep. 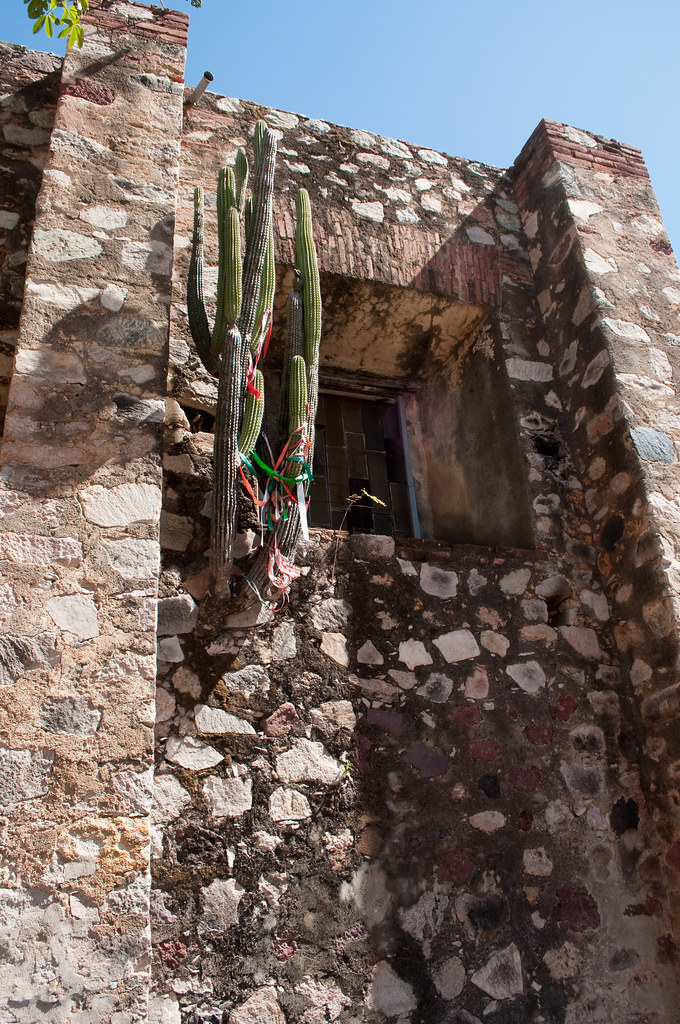 A very famous pitaya cactus growing out of the church wall in Aduana, Sonora. It’s very much symbolic of the people of Sonora, a cactus celebrated by catholic pilgrims that come specifically to see it. Credit: Brendan McGarry

To reiterate after my diatribe, the small fishing village of Navopatia is in Southern Sonora. It bounds the North end of the Agiabampo Estuary, lapping the border between the states of Sonora (to the North) and Sinaloa (to the South). Most important to note is that this is the beginning of the Neotropics. 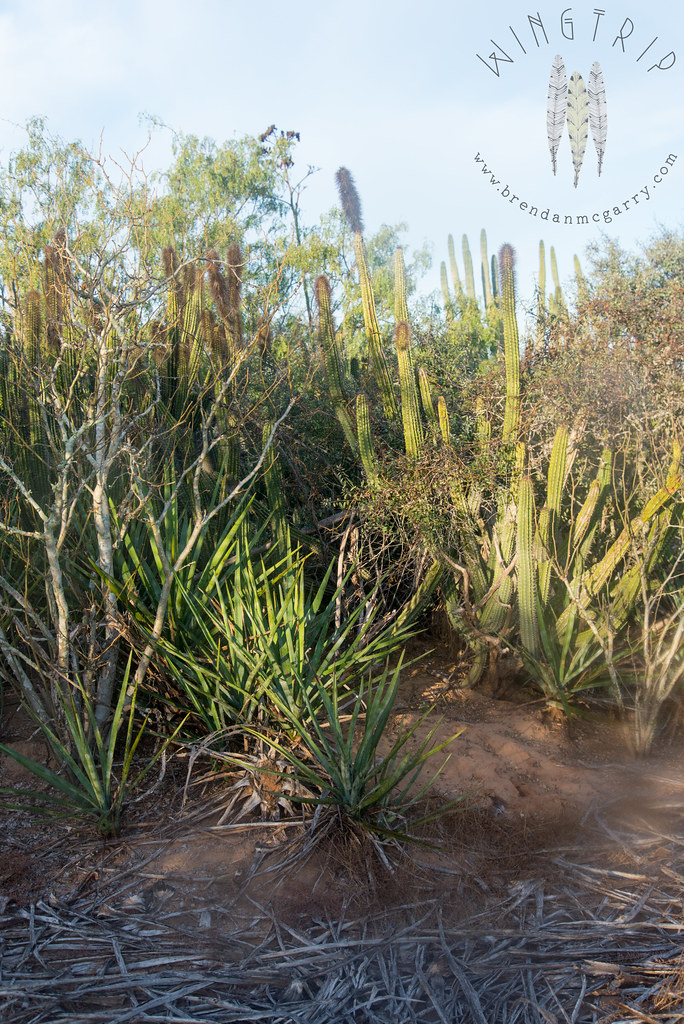 This boundary between the Neartic and the Neotropics is not vividly distinct, but a flowing boundary of interchange. Several biogeographers, have diligently drawn simple distinctions by striking straight lines and wavering arcs across Mexico (I’ll spare you the details of this dead white guy’s map, versus the other one’s). Consensus today is that it stretches North on both coasts of Mexico, but sags South in the mountainous interior (this makes sense as mountainous regions are colder and harbor temperate species). I’m content knowing that somewhere in our travels across Northern Mexico, my friends and I entered a transitional zone, where representatives of both biogeographic regions intermingle. This is exactly why Mexico is such a fascinating country. With borders stretching from around 32° at the North and 15° at the South, two very different bodies of water on the coasts, and a mountainous interior, it encompasses a huge variety of biomes. The same could be said of the US, but our country is less diverse and over four times the size.

If I look in the wonderful tome, A Natural History of the Sonoran Desert, I’m told that the Sonoran Desert ends just shy of Navopatia. The landscape of coastal Southern Sonora is still “desert,” but it’s most certainly a tropical one. Most who have studied the region, believe that the thornscrub ecosystem, which even to the untrained eye seems intermediary between Sonoran Desert and tropical deciduous forest, may have been the precursor to the Sonoran ecosystem. Worked on over many thousands of years by the glacial actions to the North and the rising mountains to the West, the area that would become the Sonoran Desert became too dry and too cold for much of the life that would have existed there. The continent was warmer and more tropical, and there’s evidence a thornscrub-like habitat (and tropical deciduous forest) extended much farther North into modern day Arizona and adjacent states. 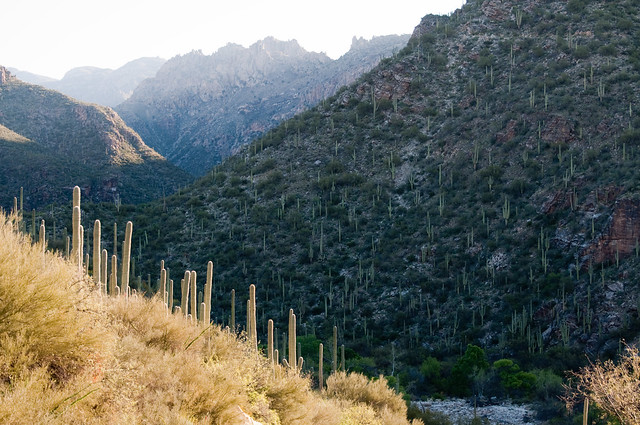 Many of the species of the Sonoran Desert appear to be quite young. These habitat types, retreating South in the face of climatic changes, left their marks in the form of flora and fauna. To survive rapidly changing conditions, those species would have had to adapt or die out. Indeed many did persist through adaptive modification, as the desert has relatively high number of endemics that have tropical ties. The Sonoran Desert, unlike the other deserts of the continental United State is considered the most tropical of xeric wonderlands, with plants and animals that link the Nearctic and Neotropic boundaries. 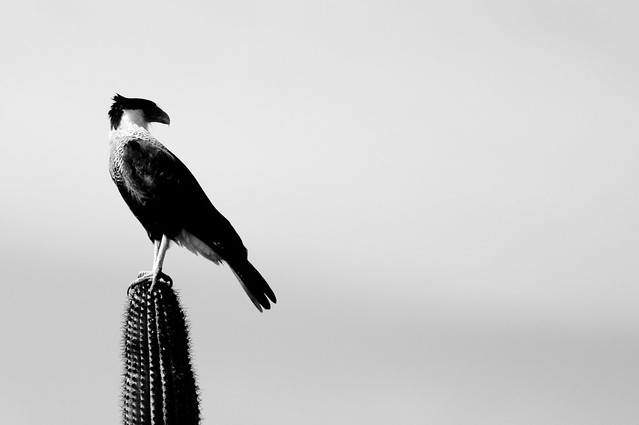 The transition wasn’t lost on any of us on our drive. South of Hermosillo more species of columnar cacti appeared, the legumous trees seemed more numerous and lush; frost never touched down here and surely just over that rise were jaguars and magpie jays. No doubt this was still a place of minimal rainfall, but not the same we’d woken up to in Tucson and sped away from on a highway that marginalized regional and biological boundaries. How ironic we came to admire a unique habitat on a road that could well be the death knell for the land itself. Pondering this from the car, I was soon to be fully immersed in the dense thorn-scrub, for better for worse. 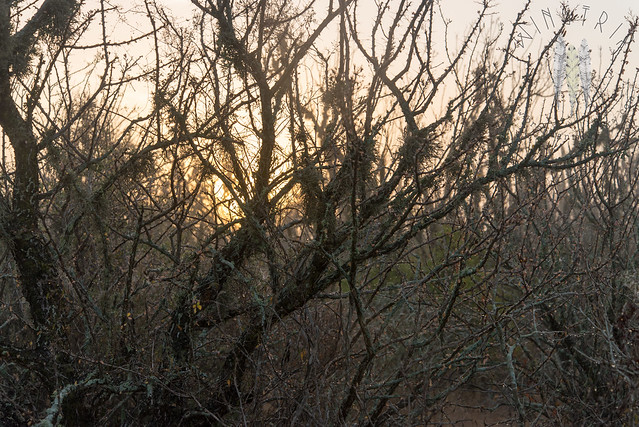